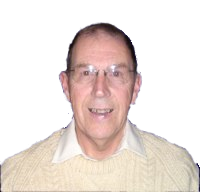 Jonathan Russell
2nd Trombone
Jonathan`s musical education began at the age of 8 when he started lessons on the piano. Shortly after, he took a large leap forward by becoming a chorister at Canterbury Cathedral Choir School, where as well as singing services for the next five 5 years, he also learnt to play the oboe and bassoon. At secondary school in Norfolk he had the good fortune of obtaining organ lessons with the organist of Sandringham, eventually becoming the school organist. Ever since then he has been in hot demand as a village church organist wherever he has lived. Now as a retired Church of England Vicar he serves as a voluntary chaplain to the forces as well as one of the regular organists at the garrison church of St Mary-de-Castro in the grounds of Dover Castle. For a very long time he yearned to play a brass instrument in a band, and eventually took up the trombone at the comparatively late age of 47. His excellent (and patient!) teacher was Keith Woodger, musical director of BAE Systems Brass Band based at Rochester. Despite having to travel long distances he was received into the band and for about 15 years played 2nd trombone, often sitting beside Phil who now plays at Snowdown. In retirement and living near Dover, Jonathan very much enjoys playing 2nd and occasionally bass trombone. He admits that it is quite a moving and emotional experience too, because he once took a fascinating trip down the mine at Snowdown with a party of clergy. Also, his family originated from the Whitfield / Buckland area. His beloved grandfather was a Somerset miner who moved to Kent in 1915 and worked down the Tilmanstone mine.