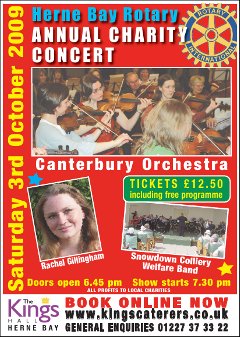 The Snowdown Colliery Welfare Band performed along with The Canterbury Orchestra and Singer Rachel Gillingham in the Charity Concert organised by the Rotary Club on the 3rd Oct 2009. The Concert was held at The Kings Hall in Herne Bay. Tickets for this concert and others were/are available from their online website at www.kingscaterers.co.uk. 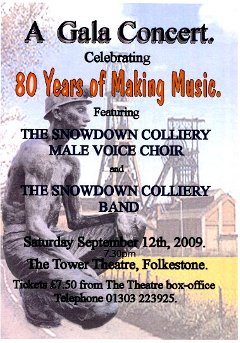 Dispite the wet weather, the band played at Broadstairs between 2:30 and 3:30pm on the 26th. The audience braved the weather and sat under umbrellas for best part of the performance. Special thanks go to Guest Conductor Joe Chester and guest players Nevil, David and Fiona (Cornet), Deborah Hazell (Baritone) and Claire Varley (Euphonium) 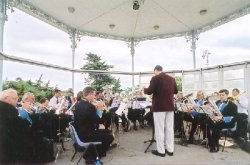