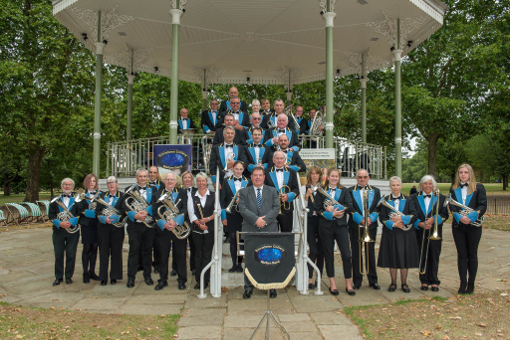 After a lot of good preparation and hard work, the day finally came and the band set off from the bandroom in East Kent around 10.30am last Sunday bound for the Royal Park, that is Hyde Park.

It was a grey day and after so much hot and sunny weather the forecast was not great but having reached London about 12.30pm it was dry, albeit overcast. This was to be the case for the rest of the afternoon and during the band’s performance, with an occasional touch of drizzle thrown in. However, it was certainly not cold and it didn’t seem to stop the many visitors to Hyde Park from sitting, standing and listening to us playing. There were tourists from all over the world taking time to listen and take photos of the band and it’s possible that Snowdown Colliery Welfare Band are now known in many different parts of the world after Sunday.

The band rose to the occasion and played extremely well and the programme was one that accounted for the tastes of all. From Verdi to Abba and Langford to Gershwin, the audience were very attentive and very appreciated. A number of soloists were also featured and a brilliant job was done by them all.

The band were very grateful to have been given the opportunity to perform at such an iconic venue by the Friends of Hyde Park & Kensington Gardens. Their chairperson, Sue Price was delighted with how everything went to plan and so pleased to see the bandstand itself being used once again for its true purpose.

Following a conversation with the park manager, it is quite possible that the last time a brass band was heard on this bandstand was back in the 1970’s – although this can’t be confirmed! Both the band and the organisers are hoping that we can return next year for what was a very enjoyable and memorable day!